Since the sun is also moving, this is a better representation of how the planets revolve around the sun. pic.twitter.com/2GkP4rLSSO

The amount of water on Europa compared to Earth… pic.twitter.com/6vnV5Pq6Rg

This is how Jupiter 'shepherds' the asteroid belt, preventing asteroids from falling into the sun or hitting planets pic.twitter.com/mU2nZolEnf

Bezos and his enemies:

“Competition is super healthy … Great industries are never made by single companies. And space is really big. There is room for a lot of winners … At Blue Origin, our biggest opponent is gravity. The physics of this problem are challenging enough … Gravity is not watching us and saying, ‘Uh-oh those Blue Origin guys are getting really good, I’m going to have increase my gravitational constant.’ Gravity doesn’t care about us at all.” 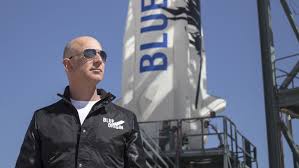 (This only gets us to Tegmark Level 1.)

Shiver at the coincidence. Pluto is exactly the size of the Earth's core. https://t.co/HCZ69HadWP
pic.twitter.com/qIybbuIDa0

In case anyone missed this:

Promotion page, with video, here. (They’re not really going for cybergothic packaging in their robot logistics public communications, but I guess that’s understandable.)

Bezos has also been up to some other cool stuff.