World currencies are tanking on Brexit, but bitcoin is surging https://t.co/zPamQwiuWc

… a resource compiled by Rob Myers (with attached ‘webliography’).

Conceived by Lars Holdhus and commissioned by Rhizome, Futures Along the Blockchain is a web project gathering artists, musicians, and writers to annotate a case study which explores the history of Bitcoin while speculating on the utility of its underlying blockchain technology for both art and music distribution.

Much of interest at the site, including video of a Tibetan Bitcoin mining facility. 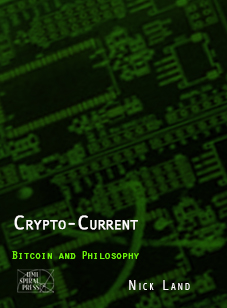 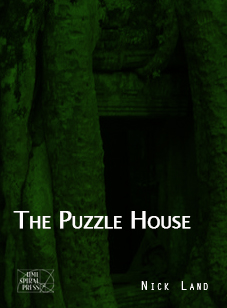 Bitcoin is so new, it has yet to be fully recognized as a speciation engine. (It could — easily — just be me, but I’m far from convinced that it is yet widely understood what an ‘altcoin’ is, or what this term ultimately means.)

Blockchains are a new form of information technology that might have several important future applications. One is blockchain thinking, formulating thinking as a blockchain process. This could have benefits for both artificial intelligence and human enhancement, and their potential integration. Blockchain thinking is proposed as an input- processing-output computational system with several features. First, memories and all input elements are seen as discrete units that are encoded, stored, and universally-accessible, perhaps with multiple copies and versions (such as the soft- hashing of ideas in development). Second, processing might be instantiated in a massively distributed architecture that is not available in human brains, yet still comprises the nonlinearity of human thought. Third, the outputs of blockchain thinking might include the ability to realize smart-contract based utility functions, instantiate thinking as a power law, orchestrate digital mindfile uploads, advocate for digital intelligences in future timeframes, and facilitate the enactment of Friendly AI. Blockchain thinking might give rise to new forms of consensus models such as self-mining ecologies and proof of intelligence, and make use of demurrage principles to redistribute brain currencies like ideas and potentiation. Blockchains and blockchain thinking might be not just a tool for the immediate progress of intelligence, but also for the longer-term transition to a world of multispecies intelligence living cohesively and productively in digital societies.